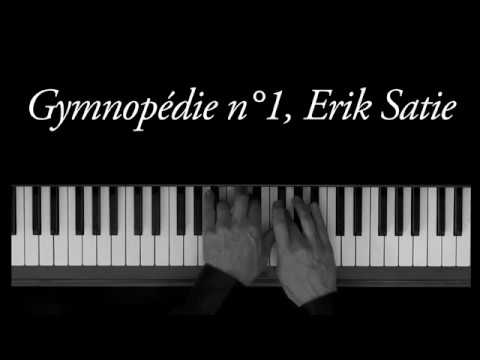 Who is Erik Satie?

At the beginning of May 2018, we propose you a new series of 8 piano lessons (of which 5 already published) for our French students. The Gymnopedia No. 1 E.Satie (intermediate level). Satie is a French pianist and composer best known to the general public as of three Gymnopédies and Gnossiennes. Satie said and did a lot of remarkable things, even remarkably weird ones. Brilliant and provocative, he composes works ranging from ditty songs to symphonic drama, from light music to masterpieces. At the beginning of his he presented himself as a "", a strange name that impresses ... Shortly after, the term would reappear under the name "Gymnopédies", in the name of three simple and haunting melodies that will inspire music lovers, filmmakers advertisers in the next two centuries. Satie was seen as the precursor of symbolism, this pianist was also recognized as the initiator of various movements, but ultimately his style is considered original and unclassifiable nowadays.

For contemporary musicians, Erik Satie is undoubtedly one of the architects of modern music. Could this be a definition of ?