Rachmaninoff (1873-1943) was a Russian artist of great creative power,

which has kept a rather romantic style despite the evolution of his era. The many sides of this passionate music maker creates a complete and complex artist, who is sometimes misunderstood. Besides, Rachmaninoff himself recognised his multiple ways of experiencing music, "I never could decide totally nor know what my true vocation was: that of a composer, pianist or conductor." He is especially known for his Concerto No. 2 and No. 3 for piano and his symphonic poem The Isle of the Dead.

Rachmaninoff's compositions are defined mainly by the melody, which is key to understanding his work, and his awareness of the sadness of the human condition, which remained inconsolable. These touching characteristics are found in all of his piano performances: Rachmaninoff was a prodigy pianist who could play without theatricality and with the utmost sincerity. But his efforts towards being a pianist did not stop with his compositions, he also was known for his interpretation works of other very famous composers such as Beethoven’s Appassionata or the Sonata in B flat minor by Chopin.

Rachmaninoff remains an absolute model with two sides: he was both a pianist and an accomplished composer.

His very personal piano technique gathered rare qualities such as depth, modesty and the purest respect towards music. On the other hand, his musical style is particularly characterised by its particular use of counterpoint. This technique, which dates back to the Middle Ages, was enhanced by Rachmaninoff which employed the same large-scale (and using a twelfth or thirteenth note for some agreements). The compositions in Rachmaninoff piano are numerous: he has composed works for piano duos (A Romance in G major, A Polka Italienne), as well as works for piano with six hands (Valse in A major and Romance in the major).

His Concerto for piano No. 2 in C minor (op. 18) has achieved huge success. This extremely complex work consists of three movements and thus respects the traditional concerto form: Moderato, Adagio sostenuto and Allegro scherzando. This concerto appeared three years after the depression that hit Rachmaninoff following cruel and merciless criticism of his first symphony. It is thus often regarded as the mirror of events that the composer had to cross during the worst moments of his life: the solemn tone and tortuous of the first movement actually reflects the state of crisis and painful moments after this failure; the second movement let us glimpse the dawn after the dark night, the calm after the storm, the glimmer of hope appearing on the horizon; and finally, the last movement of the work would represent a return to the pleasures of life and the creative force.

Rhapsody on a Theme of Paganini in A minor (Op. 43) is also a fundamental work of Rachmaninoff.

It is one of the most known to the public. Rachmaninoff connects 24 variants from the Caprice for the solo violin nº24 of Niccolò Paganini, a theme that was also done by Brahms. The piece can be roughly divided into three movements of a concerto, even if it is played as one piece. When interpreting, Rachmaninoff was still at the piano, surrounded by an orchestra. The eighteenth variation (Andante cantabile), slow and melodic, is best known away from all the variations. It represents the ultimate symbol of the late Romantic composer. Some religious influence can also be found, because this work also quotes the theme of the Dies Irae.

The universal significance of his work continues today, although it was initially despised and rejected at the time by many critics. The changing attitudes helped to recognise this musician as a true artist in itself. Rachmaninoff, who took his last breath just a few days after being naturalised American, is one of the best pianists of his time, although his true personality still remains elusive and enigmatic. 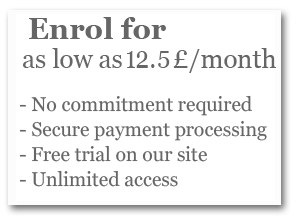 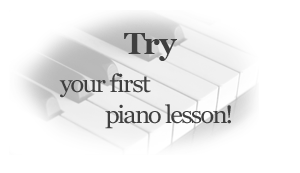 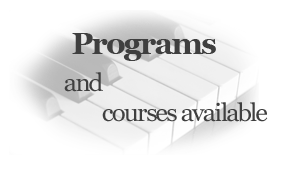